The Spanish Government created the Spanish Supercomputing Network (RES, Red Española de Supercomputación) in July 2006, in response to the need of the Spanish scientific community for intensive calculation resources. The RES is a Unique Scientific and Technical Infrastructure (ICTS) distributed throughout Spain, which aims to support the development of top-quality cutting-edge research. In 2019, the RES comprises 12 supercomputers and 11 institutions, and it is coordinated by the Barcelona Supercomputing Center – Centro Nacional de Supercomputación (BSC-CNS). The node of the Universidad Politécnica de Madrid (UPM) left the network and so the following map shows the geographical setting of the different nodes at the end of 2019. 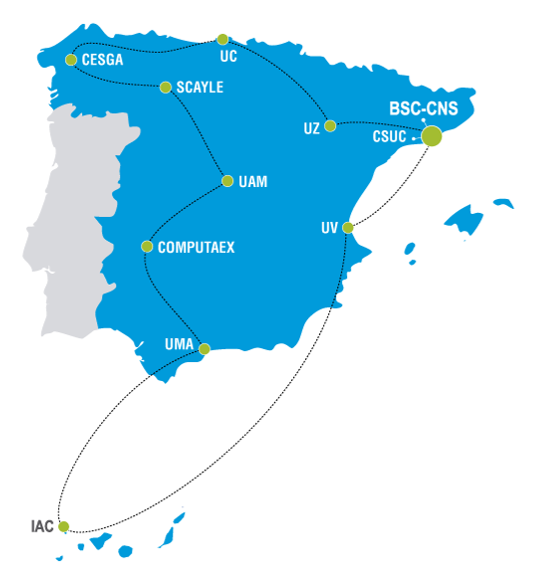 No major changes ocurred during 2019 in the infrastructure and computing power of the RES.

During 2019, the Access Protocol to RES resources was updated. Some new types of applications were created to respond to the needs of the scientific and business community. A new application type was created for those research groups leaded by Spanish researchers applying to European project calls. Pre-reserved computing hours could be allocated to those proposals ranked with high scientific quality standards, in order to gain competitivity in the selection process. Second, a new type was created for HPC novel users which did not have to show previous experience in HPC as a requirement of the application. And third, business users could apply to free HPC resources from RES in the case the company is carrying out open R&D projects.

During 2019, the RES allocated 549.734,74 thousand hours to scientific activities proposed by researchers from the different scientific fields. This amount represents an increase of 69,7% from last year. During 2019, a new distribution of scientific fields was incorporated at the 2nd period (2019-P2): the former field Chemistry and Material Sciences (QCM) was split into two, named, Solid State Chemistry (QS) and Chemistry of Biological Systems (QSB); the former Physics and Engineering (FI) was split into two, named, Engineering and Mathematics (IM) and Physics (FI). 432 activities applied to the three access periods over the year. The overall success rate of the RES applications is 68%. The distribution of allocated hours among the scientific fields matches the distribution of the requested CPU hours, meaning there is not bias in the selection process. For this reason, the number of members of the Access Committee has been increased in order to deal with the higher number of scientific categories.

However, since each discipline has different processing needs, the distribution of requested activities shows a better estimate of the number of research groups in each field, being Physics and Chemistry the most common. 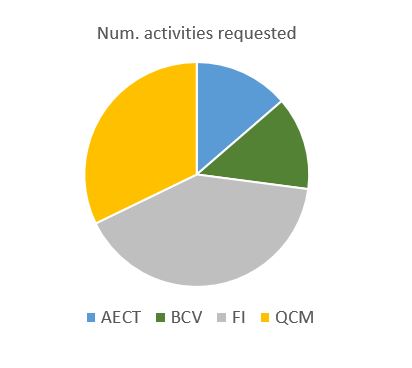 During 2019, 138 scientific papers were published in the most prestigious journals of different disciplines by research teams using RES resources. They can be searched in the Publications area of the RES website. Overall, more than 950 different international scientists have authored these papers. This high number is due to the many authors that sign astronomy papers.

Users Conference 2019
The 13th edition of the Users Conference (JURES’19) was held in Zaragoza in September 18-19th with the collaboration of the BIFI and the University of Zaragoza node. For the first time, the RES Awards were celebrate during the JURES'19. The main RES Award for the professional and scientific career in HPC was awarded to Prof. Alfonso Tarancón from the University of Zaragoza. The RES Award to the best scientific article of a research carried out with the use of RES resources was awarded to Dr. Manuel Ortuño, "Gas reactions under intrapore condensation regime within tailored metal–organic framework catalysts", published in Nature Communications (2019) 10:2076. The Best Poster Award presented at the JURES'19 went to Dr. Maria Teresa Parra, from the University of Valladolid, with the poster entitled "Numerical simulation of non-premixed swirling flames". 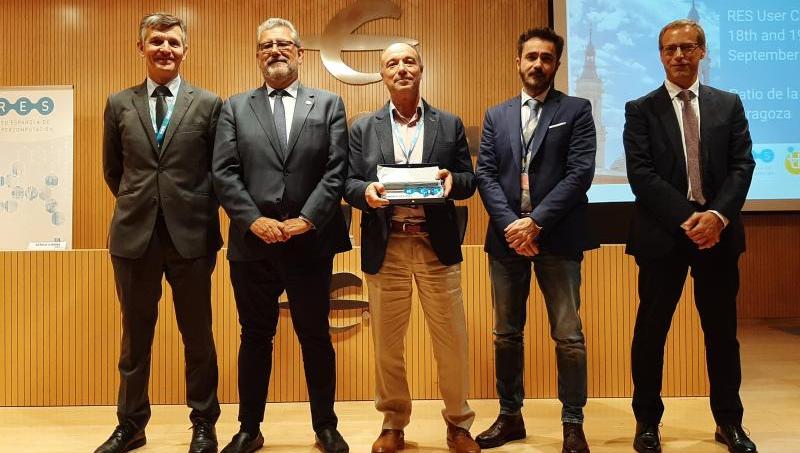 Six scientific seminars were carried out during 2019. The final resolution of the selection process can be found here. Information about program and speakers can be found in the RES website.

A number of training and technical sessions have been held during 2019. Check the list of events during 2019 in the link.

The CURES (Users Committee) presented during the celebration of the Users Conference the results of the 2017-18 Satisfaction Survey open to all RES users. The results obtained in this survey showed that the level of satisfaction about the RES services and resources is high. Up to 86% of users are satisfied or very satisfied with the services provided by the RES (being 84% in the last survey), so the global perception is very positive (rating of 4 or 5 points).

Moreover, the CURES members were renewed, and the current composition can be obtained here.