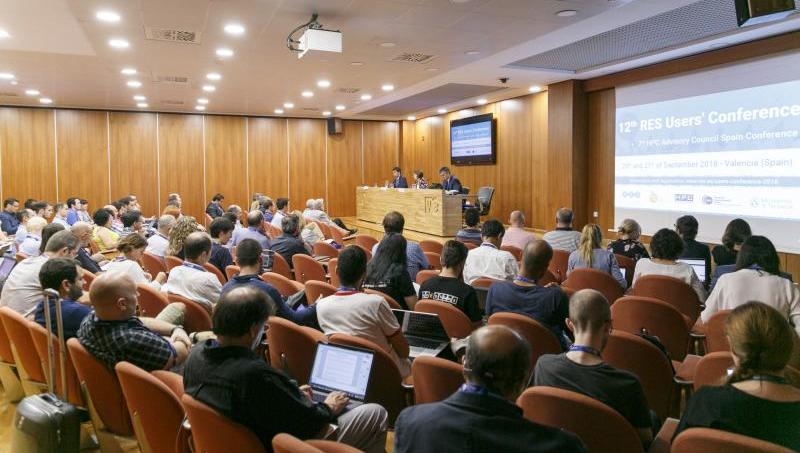 Events
-
05 Oct 2018
The RES Users’ Conference brought together, one year more, researchers working with HPC technologies, RES technicians and RES coordinators. Near 100 participants attended this event, which took place in Valencia on September 20.

The RES User’s Conference is well established, in its 12th edition, as a meeting point for knowledge sharing and result dissemination in supercomputing. This year was organised in collaboration with the University of Valencia, which hosts the RES node Tirant.

The RES Users’ Conference started with an institutional welcome session by María Vicenta Mestre, Rector of the University of Valencia, and Francisco Herrada, from the Ministry of Science, Innovation and Universities. Dr Mestre explained the experience of the University of Valencia in HPC technologies and its participation in the Spanish Supercomputing Network. Also, she pointed out that the recently acquired supercomputers Lluis Vives-2 and Tirant-3 will represent an improvement in the scientific computing services offered by the University.

Sergi Girona, BSC Operations director and RES manager, presented the updates in the RES highlighting the continuous increase in the computing capacity and the improvements in the services offered. He also explained the access and evaluation procedures and the different events organised by the RES. Finally, he presented the European ecosystem in HPC (EuroHPC).

The plenary session of the conference was a roundtable organised by RDA Europe and was focused on open research data. Jesús Marco, vice-president of CSIC, chaired the debate and the invited participants were experts in research data and representatives from RDA Europe. This session was also the presentation of the RDA Spanish node. In the last morning talk, M. Verónica Ganduglia, member of the RES Users’ Committee, explained the functions carried out by this committee representing RES users and voicing their concerns. She presented an example of a suggestion made by a user that resulted in a change in the access procedure accepted by the Access Committee.

In the afternoon, four parallel scientific sessions were organised, and researchers from the four scientific areas presented the most outstanding results obtained in RES or PRACE projects. This exchange of experiences was also seen in poster presentations during coffee breaks and lunchtime. To encourage the interaction among participants, we organised a social event at the end of the conference, which consisted of a guided tour in the centre of Valencia.

In the event website, you can see the gallery of pictures of the conference. 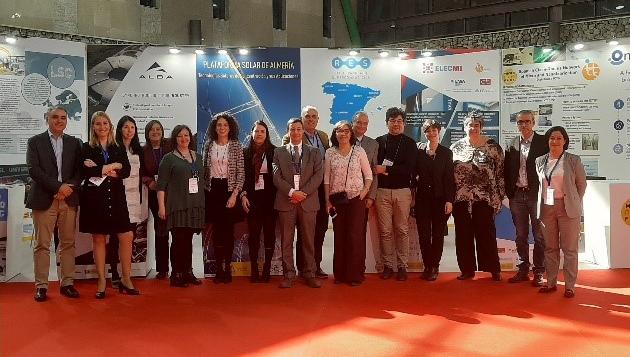 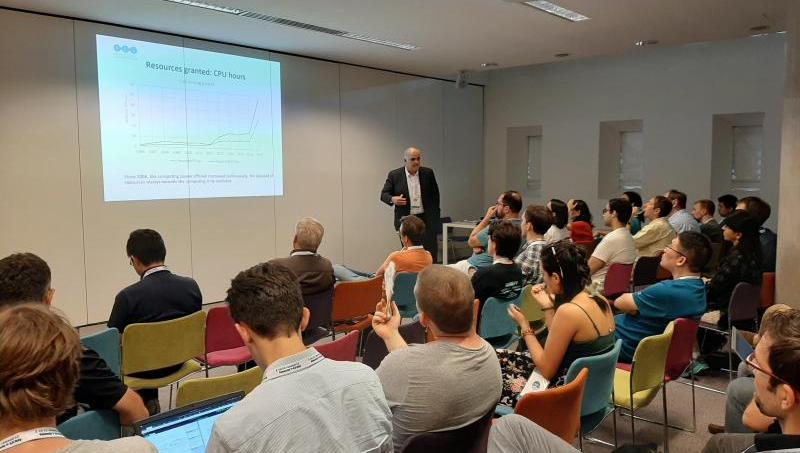