Part of the calculations of LIGO Project, winner of Physics Novel Prize, were performed in RES supercomputers 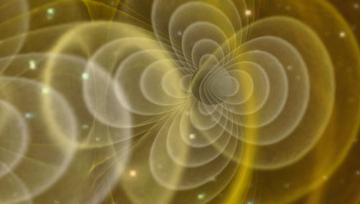 Outreach
-
13 Oct 2017
The LIGO project, awarded for having detected gravitational waves as predicted by Einstein, used the supercomputers MareNostrum, FinisTerrae and Caléndula through the UIB Relativity and Gravitation research group. The Spanish Supercomputing Network has provided 14 million computing hours to make the calculations of this project.

The UIB Relativity and Gravitational Group is one of the pioneering groups in Spain in the study of gravitational waves, with a long track-record of participation in large international collaborations, like LIGO and GEO, two major international projects dedicated to the detection of gravitational waves. The research performed by this group within the LIGO project has used 20 million of computing hours in MareNostrum through PRACE calls, and a total of 14 million of hours in MareNostrum, FinisTerrae and Caléndula through RES calls.

Dr. Sascha Husa, Theoretical Physics lecturer in the UIB, is one of the main researchers of the group. Dr. Husa explains in this video that in his research uses supercomputers to study the gravitational waves created when two black holes collide, which is one of the most violent events in the Universe. Particularly, he solves equations and determines, through very large calculations, the characteristics of these collisions and the signals that are given off.

The predictions based on the calculations are then compared with the experimental data received by the detectors, to obtain essential information about the systems that created the detected signals. To perform these complex numerical simulations, the access to high performance computing is essential and without these technologies this kind of scientific advances would be impossible.

The Spanish Supercomputing Network is composed of 13 machines belonging to 12 public institutions, and it is a Unique Scientific and Technical Infrastructure (ICTS). The RES manages the supercomputing resources in order to guarantee that all the researchers working in Spanish institutions have access to them through an open common call, which prioritizes the research projects according to their scientific excellence.